If you’ve put in the time to build a cool Philips Hue app, and made sure to follow every guideline, only to receive a cryptic rejection message from Apple reviewers, here are a few tips to get your app in the store.

If you don’t follow some version of these steps, your app will almost certainly get rejected at first, because Appstore reviewers don’t have access to Philips Hue hardware. This means they can’t effectively test your app.

They’ll tell you your app “offers no meaningful functionality”, or something along those lines.

Keep in mind that once your app is approved, an update may be rejected for the same reason. Just include a new video and make your case in your response to the rejection.

If your app includes in-app purchases, make sure you include a video of the purchase process in the notes, and an explanation of what the purchase unlocks. You may even want to submit your first build without in-app purchases, and add them in a follow up update, so you can handle rejections one at a time (that’s what I did with all my apps).
Apple is extremely careful with in-app purchases, as they need to protect their platform from scammers, and since they can’t properly test your app (no Hue hardware), you will get extra attention, and a high chance of rejection. Don’t worry, it’s part of the journey!

It’s possible your app name will include “Philips Hue” in its title, and that might be grounds for rejection as well.
As of today (2021/03/24), Signify allows you to use the brand name, IF you follow certain guidelines.
I am not affiliated with Signify, so please do your own research to make sure this is still allowed, as it could change in the future.
Make sure you follow the guidelines, and if you have a doubt, you can contact Signify here.

Specify in the notes that the Philips Hue trademark is used with permission, as per their developer agreement, found here: https://developers.meethue.com/develop/hue-api/

And as you can imagine:

Make sure you comply with Apple’s developer terms and guidelines.
Remember what happened to Fortnite!

Here are the steps to get the logs:

Once you open the Event Viewer, click on “Find” and search for “Lighter”

Copy the content of the log. If it points to files, attach those files to the email.

There might be several entries, so search a few times, and repeat the process for each result (3 or 4 results should be enough, the other ones will most likely be repeats)

Once you have those logs copied, and those files set aside, send me all that in an email and I will do my best to fix the issues.

This is how I was able to bring down the very high number of crashes Lighter used to be plagued with:

Contact me here, send me your Twitch handle, and let’s talk!

Light up (and monetize) your Twitch Stream with Lighter & Philips Hue

Engage your audience.
Give unique perks to your subscribers.
Up and running in less than 5 minutes.
Monetize your Philips Hue!

NOW FEATURING: Aishuu
Check out his amazing streaming setup (Lighter on StreamDeck at 0:39!) 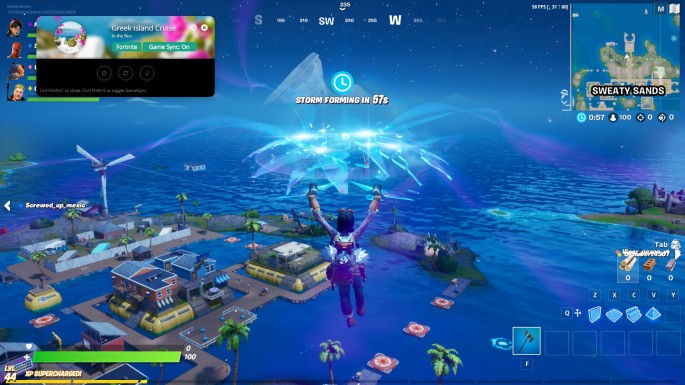 And why you should build apps on the Hue platform.

Philips Hue’s RGB lights have become omnipresent. You can find them in any big name store, they come in bundles with popular voice assistants, and you can see color lights everywhere on Twitch.

With the current RGB craze in gaming, it would be natural to wonder:

Why can’t Philips Hue lights sync with the action in major gaming titles?

It would seem to be a win-win feature. Game developers get a really cool feature and Philips Hue gets even more integrated into your lifestyle!

Philips Hue actually made an special entertainment API with gaming in mind, so game developers would add amazing features that couldn’t be built with the old API.

So why aren’t game developers using it?

Having worked at several gaming companies as a software engineer, I know that one of the main issues is time. Large gaming projects are often behind schedule, so any feature that isn’t vital gets cut.

Plus, large gaming companies need their engineering teams focused on either running their current games or building the next ones. So, no time for non-critical features. They’re also unlikely to allow engineers at Philips Hue to build support for them. Doing so would require giving them access to the game’s code, their most cherished secret!
In short, big companies cannot do small things.

To summarize, we have an audience of RGB gamers, who would like to sync their lights with their games, yet no one seems to be able to deliver that feature. In other words, an untapped market with a natural moat against large players.

BUT, as you can imagine, Epic Games and Riot Games won’t let you hack Fortnite or Valorant directly.

I know people in the gaming industry. When I asked, the most support I got for adding lighting to people’s games was “if we build a modding engine, you’ll be the first to know”.

That’s where Overwolf comes in.

Their SDK has been integrated by a number of big games and allows anyone to build apps for these games. It basically gives these games a plugin development platform. Plus, it’s easy to pick up since it uses standard HTML + JavaScript, with the option to use C# DLLs.

In case you’re wondering what a basic Fortnite + Philips Hue + Overwolf looks like, here’s a sample. It will make your lights blink to simulate an explosion on kill/death and will change their brightness depending on the game phase (lobby/gameplay).

Note that it requires very little original code, thanks to the Overwolf samples and the JavaScript Hue API.

With all these realizations, RGB Hero was born!

At this point, the only missing piece of the puzzle is a good discovery mechanism, meaning a way for people to find and download your app.
Running ads is simply not profitable (at least, not for the business models I’ve come up with).

This is where Philips Hue will certainly help. The iOS/Android ecosystem of Hue apps is absolutely amazing, thanks to the “Apps we like” section of the official Philips Hue app. And I have no doubt that something similar will be coming to PC/Mac soon.

The remaining question is: Can you create a viable business model?
If you do something cool and innovative, you’ll have 2 solid companies here to help you: Philips Hue and Overwolf.

Integrating games with Smart Home features is so cutting edge that most people don’t understand the concept. This is likely the ground floor of a whole new software category and we’re at a point where having competition will actually make the market grow. And that’s why I’m willing to publish a guide on how to do what I do.

If you can make software and you’ve been looking for a way to start something on your own, now is your chance! So why not get started? 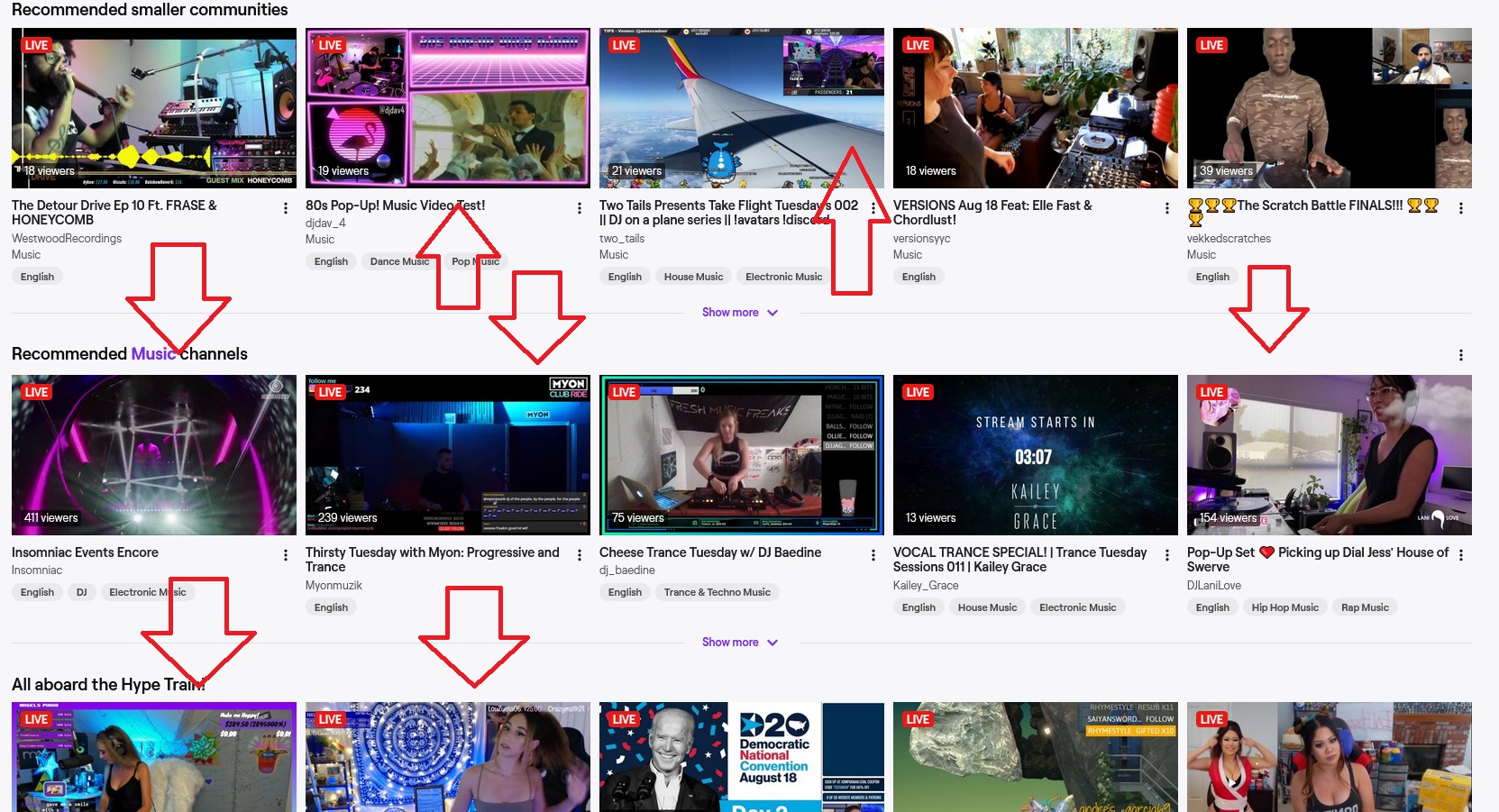 It can be a great way to differentiate your channel’s look, create a very unique identity to attract viewers who are browsing, and give your stream its own aesthetic.

So you got the “Ferrari” of color lights, the Philips Hue, your futuristic RGB battle-station, and maybe even the super-fun Razer Kraken Kitty.
You’ve picked colors that match the vibe of your stream and look great in your live studio.

What else can you do with lights?

Engage your audience?
Give unique perks to your subscribers?

Those were the questions in my mind when I created Lighter’s features for streamers:
– light emotes in response to Cheers, depending on the amount of Bits donated
– chat commands for your audience to trigger light emotes. You get to define the commands. You have the option to limit the feature to subscribers to create a great perk for your channel!

Here’s a quick guide to get you up and running in less than five minutes:

I hope you and your audience enjoy these features.
If you’d like me to improve them or add new features, let me know!